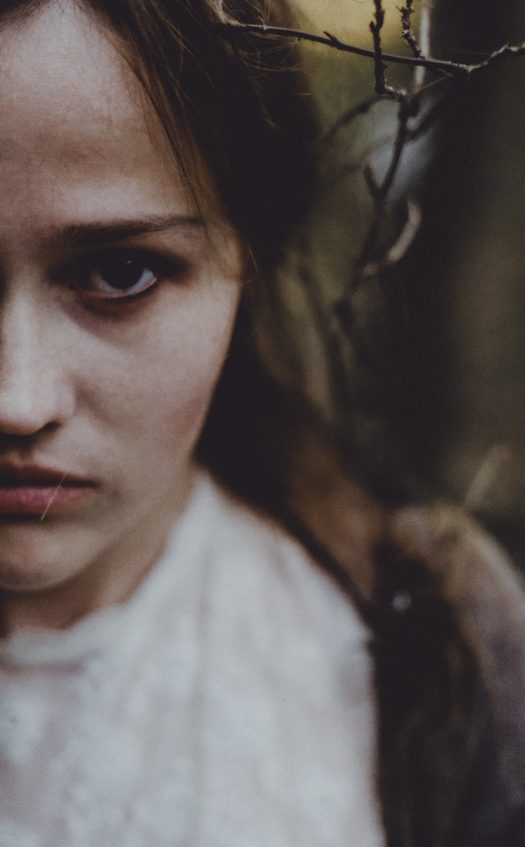 On the Morning of a Wedding

They warn you about me in bone-strewn fairy tales;
The thwarted girl prickled heavy with thorns,
The eyes that bulge with death and un-lodged scales,
The dragging, messy weight of lover scorned.
Hewn in gold comes the lovelier, good-hearted wife:
Cow-eyed, small feet, a yielding doe to his great hart,
Untroubled by the wicked stain of mortal life,
Naive handmaiden spinning mediocrity to art.
They think that I will shriek cuckoo-like in easy grief,
That I will borrow him away, leave a changeling groom,
I am the scolded other, the gruesome blood-crazed thief,
Startled and grinning to a startled, grinning room.
They do not warn of man’s weakness, the stumbling curse,
The rigid want that won’t be quenched, the fix of eyes on eyes,
On his wedding day they will see it quietly disperse—
The fierce flash of lust in that exchange of vows for lies.
They warn you of the shattered loves but warnings come too late:
They tell you nothing of the human beasts that quietly lie in wait.

Catherine Faulkner is a freelance writer based in the Highlands of Scotland, having previously lived in London for over a decade and before that, Southern France.  She is of Anglo-Irish heritage and particularly drawn to the Gaelic otherworld of myth and song. Previous poems have been published in the Wilfred Owen Association Journal and Celebrating Change.