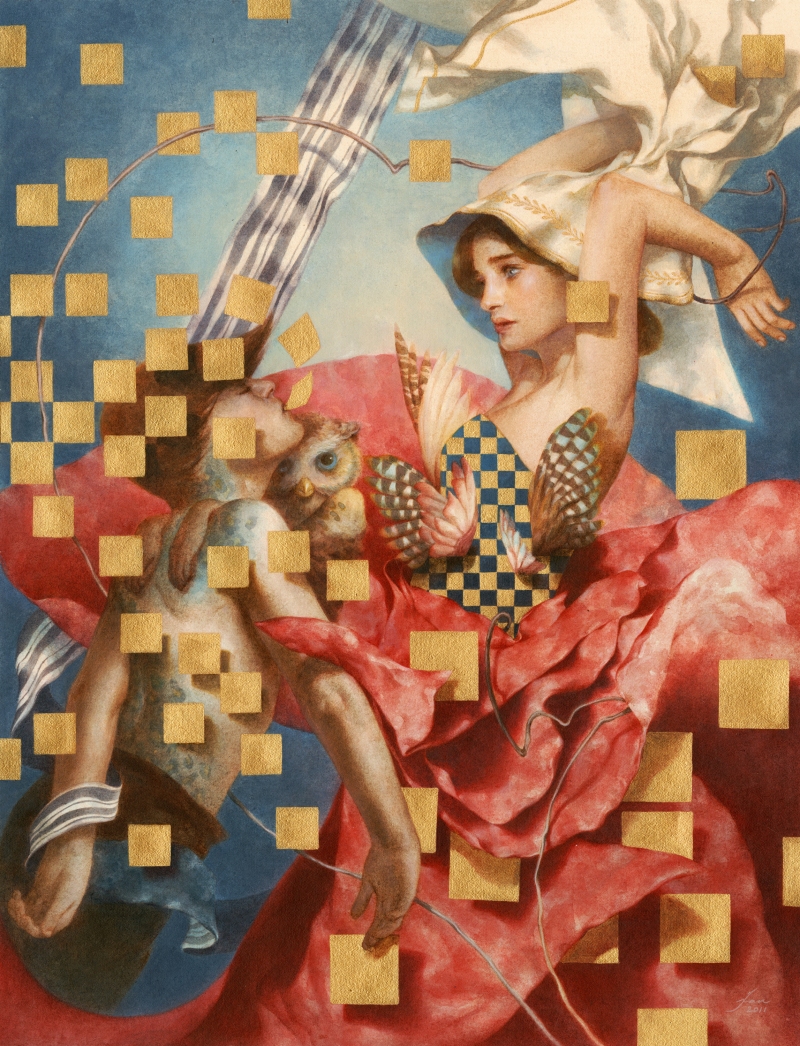 Angela’s eye was magic.
I say magic, though I could call it lazy. It did

I admit, tend to wander.
But never lazy,
the way a pickled egg lazes

I remember the cinderblock walls
of her Fort Sanders apartment, baking in Summer.

The view from her bedroom window,
the sun that cantered alleys on long afternoons.

burst from cornices and dentils
in a slobbering white profusion.

How I could have been a skier, then
perched over the long swale of her back.

Suckled clementines plied apart
with our fingertips sticking, cleft halves we rolled on our tongues.

The roof, where we laid out like classy bronze flashing
in the evening, when the skyline was ours.

After the accident the doctors reconstructed her iris as a square.

A window on an unlit room. How her father wanted it fixed,
would pay for the surgery that she refused.

At night, I propped on my elbow
traced her side with a finger.

She told me it saw shades and shadows,
I imagine an analog feed,

the grainy image, tracking its autonomy
back and forth.

Luke Marinac is an undergraduate at the University of Tennessee studying creative writing.