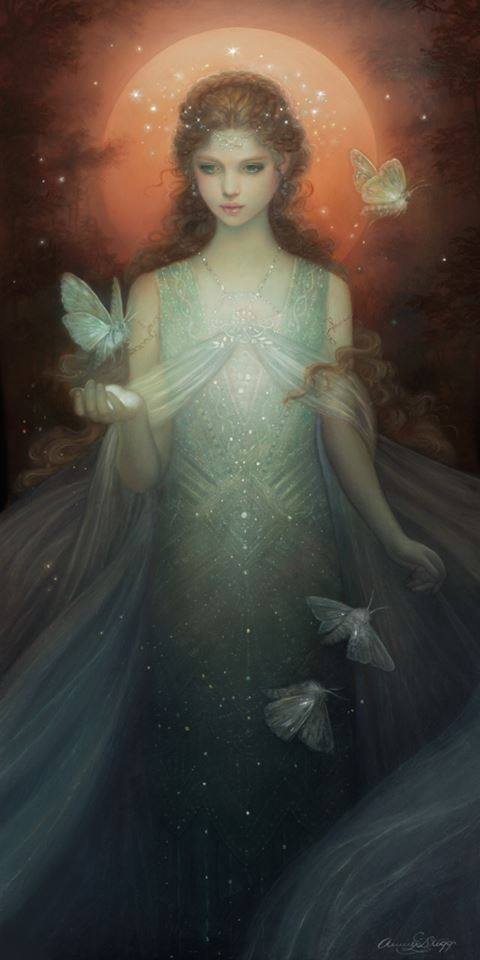 With just a casual glance into the swamp when the fog lifts, it’s possible to spot them abandoned there on a rotting stump, she had to leave in such a hurry.  They’re almost hidden in that drifty pale green parasitic growth that trails down from the cypresses. One day she was there, holding court, the creatures of the forest and the deep gathered around her like little children and forgetting for the moment even to eat each other. And the next – but in between was the truck and the cage, and the big man with the scarf around his throat as if he had something to hide, and the ancient chest raised from the deep with mules and pulleys. We stood around on the hillocks gazing at that chest. And then she was gone, leaving a glittery trail into the densest and wettest part, and only those few rhinestones to tell me it wasn’t a dream.

Andrea Jackson has received two Pushcart nominations for her fiction and poetry. She recently published a nonfiction book, Who Am I and Where Is Home? An American Woman in 1931 Palestine, described by Small Press Bookwatch as “an absolutely fascinating, deftly crafted read from cover to cover…an extraordinary, candid, engaging, account of an inherently interesting woman in an inherently interesting time.” www.andreajackson.net.