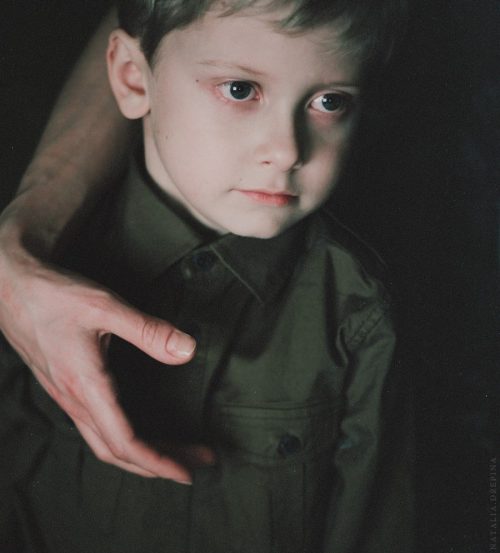 Angela met him on a Tuesday. She didn’t know him at the time, or she’d never have made the deal. As it was, she’d just come from the store, her arms full of groceries as she fought her way up the stairs of her apartment complex.

He stood above her on the stairs, a man in his mid-thirties, dressed in a light brown cargo jacket and jeans. Handsome. Innocuous. He extended a hand towards her, but she shook her head.

In her pocket, her phone chimed to life. She was tempted to let it go to voicemail. Her hands were full; she had things to do. But she knew who was calling, she knew what this was about. Better to answer now and get it over with.

She scrambled for her phone, losing some bags in the process, shifting others up on her forearm. The man was quick, scooping up the bags she lost before the produce even hit the ground. She barely noticed. It was as if, for a moment, she forgot she had ever seen him. Her hands closed on the slim cellphone in her pocket. Her thumb swept over the green symbol.

Meredith, Angela’s mother, was overly cheerful on the other end. “Big appointment today! How’d it go?”

Which was to say, Do we have a baby or not? Angela sat down on the cement steps, the grocery bags swallowing her legs.

“It didn’t go, really. Well, we went obviously, I just mean—” No baby.

“It’s fine. We’ve saved enough for one more round. Doctor Cline’s sure it will take next time.”

“If she’s sure, then I’m sure.” The cheer never quite left Meredith’s voice, it lingered like the whine of a cord left plugged into the wall. So maybe it wasn’t cheer, maybe it had been pity all along. “Oh, honey, we’re all praying for you.”

“If you want to talk more—”

“Now’s not really a great time,” Angela said. “I just got back from the store. Still getting all my groceries in. I’ll call you later, ok?”

Angela forgot to say goodbye. She sat there in the stairwell, the phone held limply near her ear, a pair of grocery bags cutting into the skin of her arm. The stranger watched her. She abruptly remembered he was there, then startled. What had she been thinking, having private conversations in the middle of the stairwell? Her hand dropped from her ear and her cell phone tumbled. The screen lit hard on the stairs. The glass splintered at the corner.

The man bent to pick it up. Angela’s face felt hot and her eyes were scratchy and dry.  She blinked. And blinked again. They were not dry at all. Why did they feel so dry?

“You okay, ma’am?” he said. He handed her the phone and she took it with trembling fingers.

“Can I take these up for you?” He lifted up the groceries he’d rescued earlier. She nodded without really meaning to.

“What’s the room number?” he asked.

He gathered the groceries in hand, taking another few bags from her. He started up the stairs, and Angela followed numbly. Peter had offered to help with the groceries, but she’d sent him back to work after the appointment. The sooner they fell back into routine, the sooner they could move on. It wasn’t as if they’d lost anything. Not really.

Except Angela had this awful, hollow sense inside. Like the feeling she’d forgotten the date—or left something behind at the store. She kept looking about herself, hoping it might appear.

At the apartment door, she set her bags on the ground and dug into her pocket for her keys. She still clutched her phone tightly in the other hand. A tether.

The man followed her inside.

“You can just leave them on the table,” she told him.

He deposited the bags, gave her a nod and turned to go. Angela had her back to him.  She closed her eyes, waiting for the sound of the door. When he’d gone, she would really cry. When he’d gone, she’d take one small moment to grieve. But the door didn’t close. The man paused at the threshold.

She turned slowly, not certain what to expect from this stranger.

“That’s hard,” he said. He was nodding like he knew.  “How long have you been trying?”

“Three years.” Not as long as some. But long enough. “I don’t know if we’ll try again.”

“What if…” the man paused. Something glinted in his eyes. Warm and yellow as amber. “What if I could help you?”

She frowned. “I don’t understand.”

“What if I told you that you could have a child? What would you be willing to pay?”

His offer, it turned out, was very simple. He would ensure she conceived—on the condition that when he came to her again, she would surrender the child to his care.

“But when would that be?” she asked. “And what does that mean, surrender him to your care?”

“It means exactly that,” he said. She still had not learned his name, for he had none— only those which mortals had assigned to him. But he was always the same man, regardless of which name he wore. “You will have his whole life to spend with the boy, but I will come again. And you will surrender him to my care.”

If Angela had known better, she’d have bargained for her whole life.

Mason is six when the first lump appears, jutting just beneath his knee like an egg in the belly of a snake. He doesn’t remember falling, but he surely must have, Angela reasons. On the playground. In the yard. Somewhere. Bruises of that size do not just appear.

She does not think of the man she once met in the stairwell. She has not thought of him in six years.

The bruise does not fade.

The pediatrician orders an MRI and blood work. Then more blood work. A biopsy at the hands of other doctors. Then a full body scan, which reveals lumps that have not yet surfaced below the skin. In his thighs, his spine, his lungs.

Angela cannot trust her eyes as she stares at the grainy scans. White bulbous shapes, where there ought to be darkness.

She remembers lying on the cool white paper six years ago, her shirt pulled above her belly. Peter held her hand, and they both stared at the image of her uterus where a white squirming something was taking shape.

She is in no less shock now, than she’d been then.

They do not ask for the numbers. They hear them anyway. Four-hundred-something new cases a year. Seventy percent of all cases survive more than five years. Mason is not included in this statistic. His is not a favorable prognosis. His is the sort which drops from seventy to twenty percent in one staggering leap. Only one in five children with high risk, metastatic Rhabdomyosarcoma will survive more than five years.

“Mason could be that one,” the lead doctor tells Angela and Peter. He sounds as hopeful as Doctor Cline had sounded six years before. I’m sure it will take next time.

Mason is in the room too. He sits cross legged in the bed, watching cartoons and listening with half an ear. He has lost no one in his life so far. He has no concept of what death might look like. Angela lost a grandfather as a child, but she scarcely remembers that now.

What she does remember, abruptly as a touch of ice on her neck, is the man on the stairwell.

“Mason could be that one,” Peter repeats to her that night when they lie too still for sleep.

Angela closes her eyes so he will not see her crying.

“Did you ever read the Erl-King in college?” she asks.

But, of course, it isn’t nothing. Angela cannot shake the memory of the man on the stairs. She cannot outrun it.

She did not recognize Death when he came. When he comes again, she will not have that luxury.

“What if I told you that you could have a child?” Death asked her. His eyes were amber and bright in his face, like a wildcat in the night. “Your own child. What would you be willing to pay?”

Angela shook her head. She did not understand, then. She would never understand. “Anything.”

Emily Feuz Jensen holds a BS in Creative Writing from Utah State University and an MFA from Seattle Pacific University. She currently teaches a community creative writing course through Utah State University. Her work has previously appeared in Literary Mama, Exponent II, Reservoir Road, and Cauldron Anthology. When she’s not writing, she spends time wrangling her two children, two cats, one dog, and one husband.