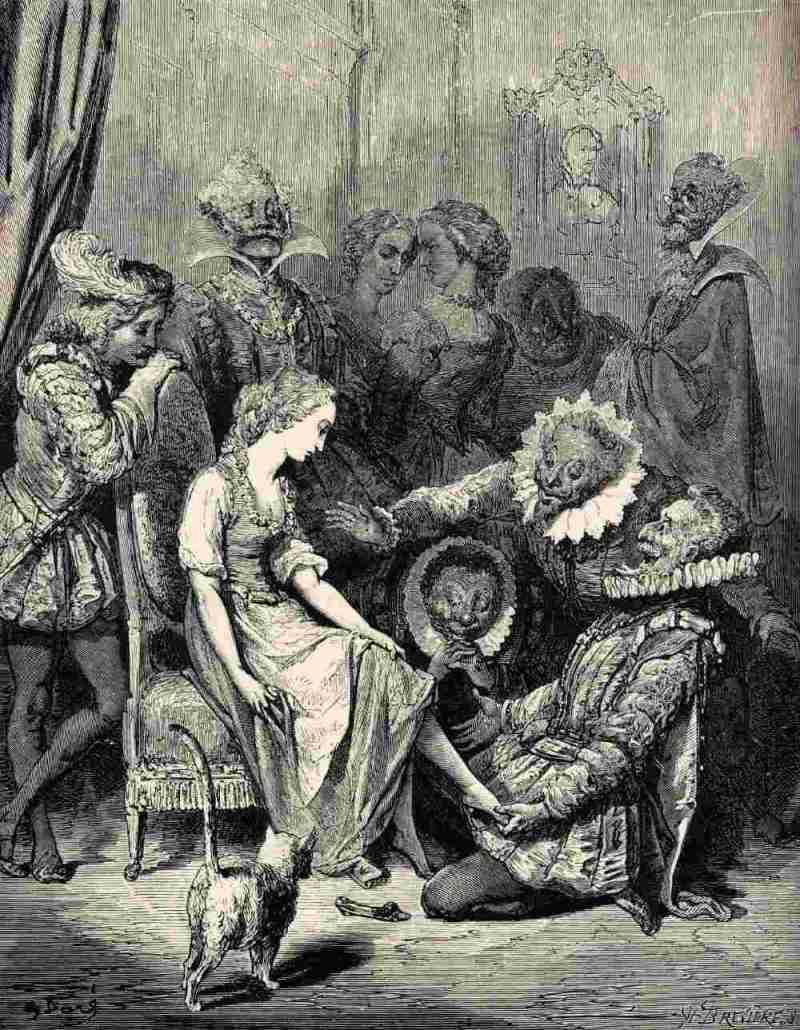 The Perils of Glass

They’re now writing articles on the brutality
women practice on their own bodies.

I didn’t even go to the ball.
I didn’t need to hear the other girls whisper
Agnes looks like a pink
hot air balloon.

The next day, by royal proclamation, every girl
was under house arrest
until the prince could inspect
her left foot. I thought,
when he saw me
taking up half the couch
he’d laugh, Let’s not waste our time.

The royal party entered my parlor, ordered me
to remove my boot.
I held out my foot,
a size ten and a half,
and wiggled my toes.

The prince slipped the tiny glass slipper on.
At last I’ve found you!

He clasped my hands and pulled me to my feet.
It cracked.
It doesn’t fit!

I was set on a white mare.
A red wet strip
ran down its flank.
Every step it took, the glass grew smaller:
slicing my heel and sole.

Skylarks and sparrows twittered
A foot too large,
(like a group of teenage girls)
a foot too wide.

I returned home hobbled.
The prince rinsed the green glass
in the kitchen sink
and went next door.

I tried to tell the anthropologists
that a woman can’t be considered beautiful
if there isn’t a sea of ugly girls
to compare her to,
that some men will not love
a woman unless he can say You’re not
like the other girls
even if he must lame
half his kingdom.

The anthropologists nodded, scribbled notes,
had their translators ask,
What other parts
of your body
do you find ugly?

Jennifer Lynn Krohn was born and raised in Albuquerque, New Mexico, where she currently lives with her husband. She earned her MFA from the University of New Mexico, and she currently teaches English at Central New Mexico Community College. Krohn is a member of the Dirt City Writers. She has published work in Río Grande Review, Prick of the Spindle, In the Garden of the Crow, and Phantom Drift, among others.

One thought on “The Perils of Glass”